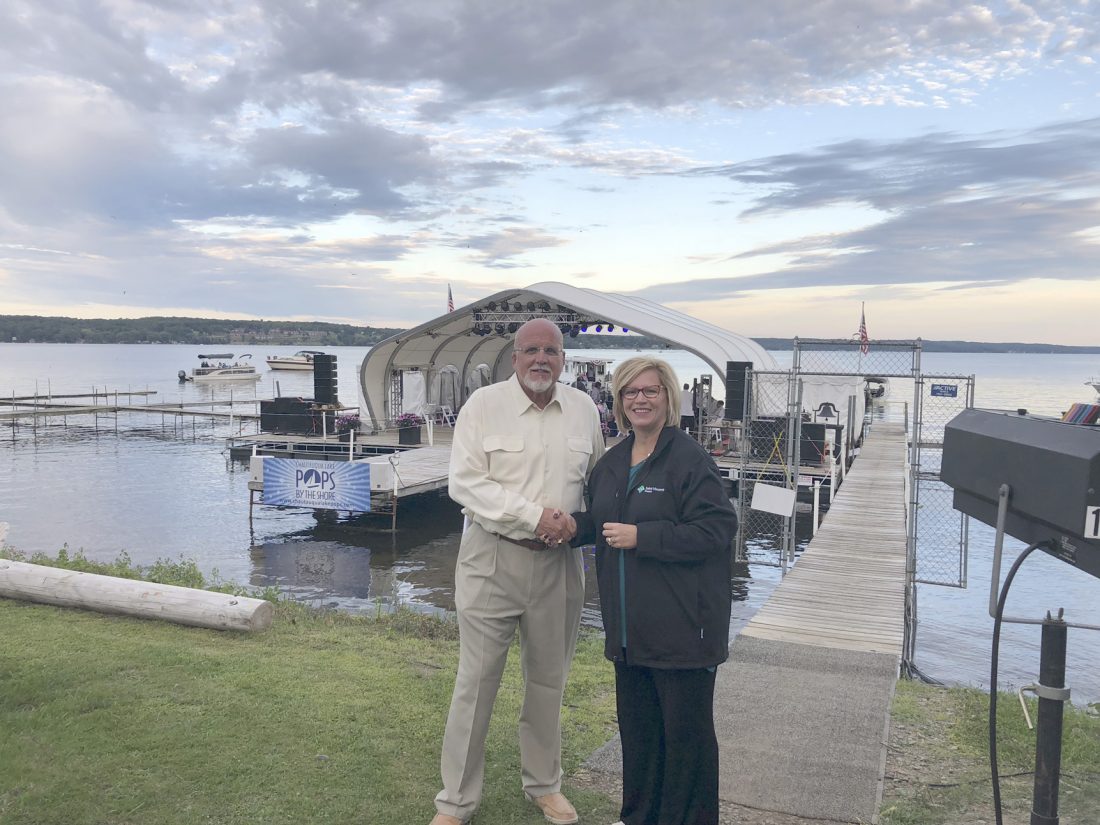 Reprinted from the Dunkirk Observer (October 7, 2019)

The stage, originally located in Bemus Point, was developed by Bemus Point businessman, Dan Dalpra who created the popular Bemus Point pops program 20 years ago. Dalpra relocated the stage on the lake’s north end and gateway to Chautauqua Lake at 16 Water Street in Mayville.

Beginning in 2020, the stage will be known as the Allegheny Westfield Hospital Floating Stage. 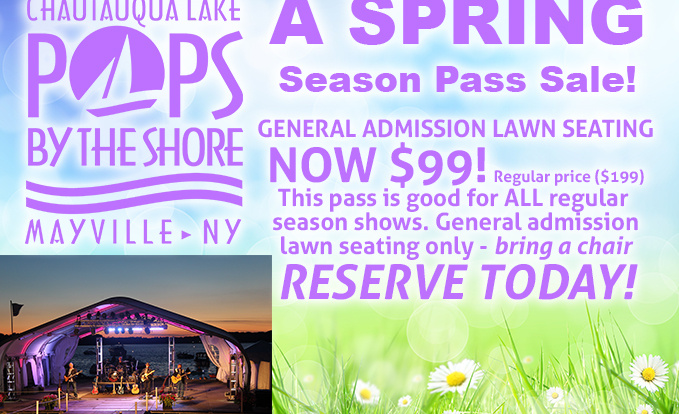 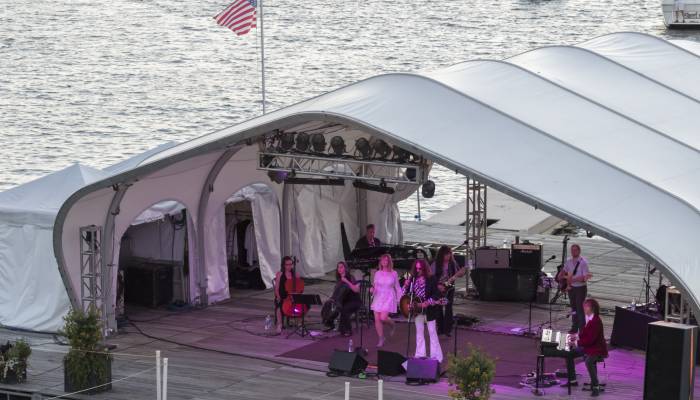